Looking for the best Fall bread recipe? Well, this Homemade Apple Cinnamon Bread Recipe is just that! This apple bread is packed with cinnamon and fresh apples and is perfect for the entire family.

Why You'll LOVE It!
Perfect for Fall: Filled with loads of apples, and cinnamon flavor.
No Rising and Ready in an Hour
Versatile: Can be Frozen and Enjoyed for Months

Leftover Storage
Apple Cinnamon Bread is awesome leftover. I like to store mine at room temperature covered for up to 1 week. Rewarm in a microwave for about 15 seconds to get that fresh out of the oven taste.

You will get three mini loaves out of this one apple bread recipe. I recommend using 5.75 X 3 inch loaf pans if going to mini loaf route. To make mini loaves all the ingredients and prep are the same, but you will need to divide the apple bread batter, chopped apples and cinnamon sugar topping among 3 mini loaf pans instead of one large one.

Once divided, the mini apple loaves for 25-30 minutes and leave the oven temperature the same per recipe instructions.

Yes it absolutely can! To freeze the apple bread slice the bread into individual slices. Next, wrap each slice of homemade apple bread in cling wrap, then in aluminum foil. Place all of the wrapped apple quick bread into a large freezer bag and store in the freezer flat and not buried under a bunch of stuff if you can. This will help the bread not get smashed. When frozen the apple cinnamon swirl bread will stay fresh for up to 3 months.

When ready to eat the bread let it defrost first. You can defrost the bread at room temperature or put it in the microwave for about 30 seconds or until completely warmed through.

What is the best apple for baking bread?

Granny smith apples are a great option for baking because they are tart, sweet and hold up when baking in the oven. I like this option and also find a firm Fuji or Gala apples work well for apple bread.

You May Also Enjoy... 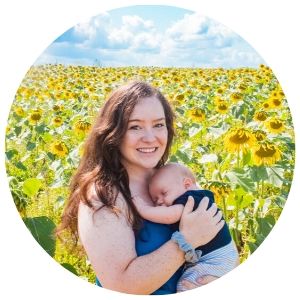